Signal, the privacy-focused instant messenger that’s gaining popularity after WhatsApp’s controversy, has touched the 50 million installations mark in Google’s Playstore. Since users turning towards it, Signal is now working hard to keep up with the expectations of a new wave of customers. 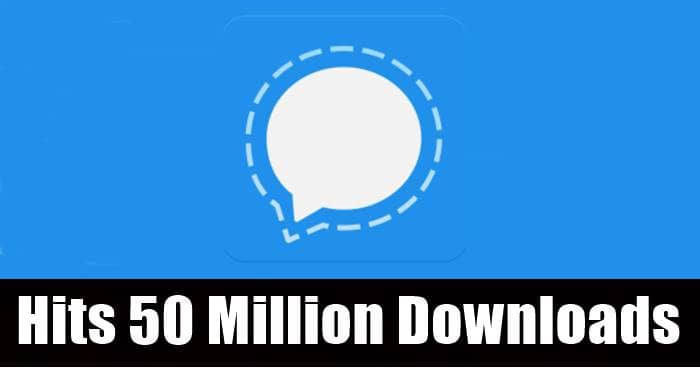 WhatsApp’s updated privacy policy is giving the platform a tough time since it revealed that it’s going to collect and share the metadata of users’ conversations with Facebook and its third parties. Since this raged the existing users, most of them have started looking for alternatives, that can give better privacy.

Also Read- How to Use Signal on Windows PC, Mac, and Linux

Enter Telegram and Signal. While there are a hell number of instant messengers out there, many of the outraged WhatsApp users are steering themselves towards Telegram and Signal, since they promise better privacy and security. That’s true, as they are better than WhatsApp in terms of security and privacy.

How it started vs how it's going 😅 pic.twitter.com/ERiFpZUz6c

While this shift is expected, Signal thought their existing resources may not be able to handle the new flood, as it’s now hiring people to suffice the demand. Moreover, it may get funding from the world’s richest person, Elon Musk, after he supported and recommended the app for all his followers.

The Signal is even pushed by Edward Snowden, the Anonymous group, and many others since it’s having a tough stance on privacy and security. It encrypts all the conversations made via chats, voice, and video calls, and is available on Android, iOS, and the PC.