TechDator
Home News Signal Vs WhatsApp: Why Signal is Better Than WhatsApp?

Signal – an instant messenger that’s on a roll lately is having fair reasons for its popularity. While it’s touted as the most secure platform for communications, just as others, it can justify this claim by showing off its source code, which was open-sourced. Further, it has more functionalities that can overcome WhatsApp in many ways.

Starting with basics, WhatsApp is owned by Facebook and has over two billion registered users. This makes Signal looks very small with an unknown user base, but has over 10 million downloads in Android, and considerable downloads on other platforms. 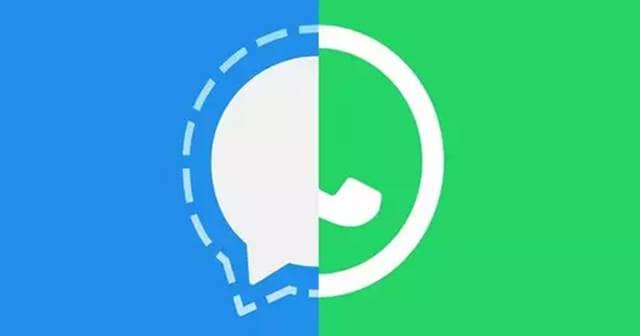 Starting early and being simple in UI are the few that drew more and more people to WhatsApp. And since it’s a personal messenger, users would try the platform only if their contacts are available in that too, thus WhatsApp grew exponentially. And with Signal, it’s gaining a lot of users now after many famous personalities have referred their followers to it.

The list includes Elon Musk, the Anonymous hacking group, Edward Snowden, and even WhatsApp’s co-founder, Brian Acton to name a few. Further, allegations on weak privacy of WhatsApp hit by NSO Group’s Pegasus software shaken the community and made them look for alternatives. And now, a recent privacy policy update forced many WhatsApp users to switch to alternatives – majorly to Signal and Telegram.

The signal is significantly better than WhatsApp too, like these;

While we shouldn’t judge a book by its cover, we can when we can look into its body. Signal made its source code public, to be viewed, tested, and contributed by the public. While this boosts the community’s confidence, WhatsApp on the other hand hides its app code just as others, making it less transparent.

End-to-end encryption is common for both and secures both chats, voice and video calls. Users can try turning off the read receipts and other tricks to make their chats more private.

WhatsApp is available for Android, iOS, Windows, macOS, and pretty much on any platform since it has a web version, thus running on any browser. The signal on the other hand has the same flexibility, but with more features added to make it more interesting.

One-on-one and group chats are common for both WhatsApp and Signal, with the ability to change their font sizes, background colors, etc. In WhatsApp, you’d get Status updates from your contacts, which is a small feed to look at what others are up to. Further, WhatsApp is yet to bring voice and video calling to its desktop clients, whereas Signal did it early and is smooth.

WhatsApp backs up user chats in unencrypted form to Google Drive, making it vulnerable to hackers if they get their hands on target’s Google account. Whereas Signal, doesn’t back up chats regularly as WhatsApp, but it set, will store the dump in the user’s device, locally. So if users lose their device, they lose access to their chats, but this manner is more secure.

After all, both are simple, fairly secure, and featureful. But the promises Signal makes and its track record for securing chats is far better than WhatsApp, driving users to move away from WhatsApp if they value their privacy over fun.