TechDator
Home News Twitter Spaces: Users With Over 600 Followers Can Host a Space and... 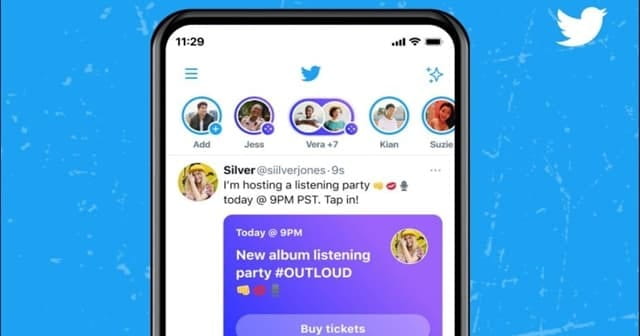 Twitter’s version of Clubhouse, Spaces, has just announced that anyone with over 600 followers can host a Space (chatroom). While this being the eligibility, hosts can also earn from their conversations by setting tickets to Space, schedule them, and even add others as co-hosts. Also, the captions for conversations are improved, and more blocking labels are added to manage the Space without any nuisance.

Yes, Twitter said it would let hosts earn from their Spaces. It’s gearing up for setting a ticketing system for exclusive Spaces, where hosts can get rewarded for their conversations. They can set the total quantity and price of tickets and let interested users pay for exclusive access. Twitter will soon test this with a small group of people.

Ticketed Spaces: we’re working on a way for hosts to be rewarded for the experiences they create and for listeners to have exclusive access to the convos they care about most. soon, we’ll test ticketed Spaces with a small group where hosts can set ticket prices and quantity pic.twitter.com/uHxxvmo3wC

All the above host privileges will show up only if you have at least 600 followers, as “these accounts are likely to have a good experience hosting because of their existing audience.” Currently, it’s working as an invite-only model in iOS clients and is letting few Android users test a beta version.

While it’s sure to get more popular when launched widely, it should think about the popping rivals from Facebook, Telegram, Reddit, and Instagram. Meanwhile, it has set up Space (at 1 pm PT / 4 pm ET / 8 pm GMT) with in-house Twitter experts to listen from users on the new rules above.