Elon Musk’s recommendation to his millions of followers to use Signal didn’t come as an accident, but with a purpose. While WhatsApp’s updated privacy policy has been raging users, Signal on the other hand is serving its community with secure messaging without collecting much of users’ data. These reasons made Musk, and many others to use Signal avidly. 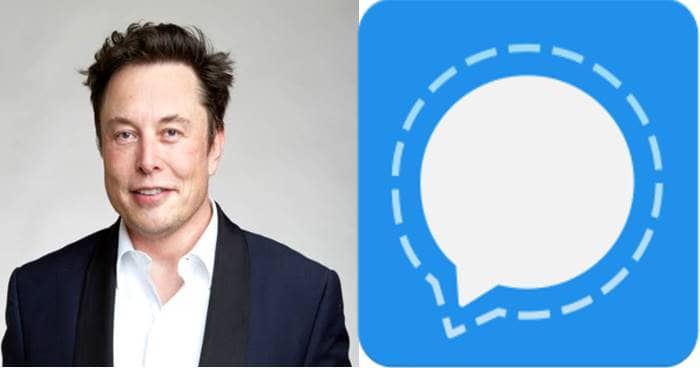 Musk has a typical relationship with Facebook ever since it removed his personal page, and also Tesla’s and SpaceX’s Facebook pages in 2018. That’s not it. Musk has long been advocating that Facebook is sucking user data that should be kept private, and banking it for business.

While this caused Facebook to face lawsuits for years, the community is at least happy with WhatsApp since it’s not much like Facebook. But, it should be known that WhatsApp too is scooping a significant amount of identifiable data and is passing to Facebook.

What’s ranging users now is the extension of this ability, as WhatsApp publicly disclosed in their new privacy terms that it’s taking data of group names, their descriptions, and avatars, log sessions, usage of WhatsApp services, and interactions with business accounts – sharing all these with Facebook under the name of bettering your services.

But, the equally capable Signal doesn’t take all this data and still make your experience better. It’s revealed that Signal has crossed over 50 million-plus downloads on Google’s Playstore alone in a span of days, and is hiring new staff to keep up with the new float.

In terms of security features, Signal justifies its popularity as it has options to turn off the read receipts and Sealed Sender options for better security. Also, it’s available on all major platforms including the PC, and encrypts all the communications of texts, voice, and video calls. Elon Musk has even revealed to support the app financially to make it better.